Kiyoe Sakamoto, Director of Research Institute for Women and Careers 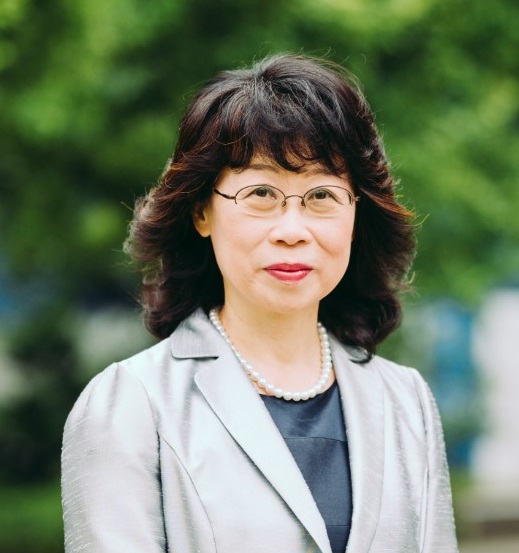 I am Kiyoe Sakamoto, Professor of the Department of Japanese, Faculty of Humanities, JWU, and I have been appointed as the third Director of RIWAC (Research Institute for Women and Careers) from April, 2021 following the retirement of Professor Machiko Osawa, who served as Director. I specialize in Japanese linguistics and the history of the Japanese language. In 2015, I became the chief of recurrent education at the Lifelong Learning Center, and since 2016, I have been working on re-education and reemployment for working women as the director of the Center. During this period, the Act on the Promotion of Female Participation and Career Advancement in the Workplace was enforced to enrich the professional lives of women, and companies have begun to adopt various ways of working. Recurrent education, which produces human resources that can lead to the elimination of the so-called M-shaped curve, has attracted attention. Since 2019, the Japan Business Federation has been discussing recurrent education with university presidents. However, the environment for women’s learning and employment has not necessarily changed significantly. In order to survive in this era of 100 years of life, I believe that the research results accumulated by RIWAC should be further enhanced and developed to find out what should be done in order to continue learning and working. We will work hard as a network base to promote various research projects related to women’s advancement in collaboration with research institutes inside and outside the university, as well as economic organizations. Thank you for your understanding, support and cooperation.

The institute exists to study and research the challenges surrounding modern women and their careers so as to apply the tradition and ideals of women’s education represented by Japan Women’s University to a changing modern society. It also aims to communicate research outcomes not only in education at JWC but also within society as a whole, thus serving to facilitate a society in which women can achieve their full potential.

The word ‘career’ is often used narrowly as a synonym for occupational history. At this institute, however, we would like to define it broadly as ‘a way of life’. While women’s ‘way of life’ is an independent process of selection, it is also restricted by a range of social conditions. Modern society has various expectations of women’s roles. Women themselves are increasingly going on to higher education, and are becoming more active in social activities. At the same time, the realities of women having to quit their jobs due to the harshness of their workplace and the severe difficulties they face in trying to rejoin the workforce afterwards have not diminished. Marriage too is in the course of dynamic transformation, and in addition to the responsibilities of raising children, women face the issues of divorce or living as a single person.

This institute provides opportunities to research and develop new approaches to a range of issues concerning modern women’s ‘way of living’, to exchange the results of research projects both within and outside the university, to educate young researchers, as well as to communicate our research outcomes to society as a whole. The institute also aims to gather information regarding women and their careers and conduct exchanges with other research institutes. Finally, our research should provide core data for the education of women provided at Japan Women’s University.

RIWAC was established in 2008 in order to conduct research on women’s career development and provide policy proposals to the public. Women’s careers are different from men and are much more influenced by life-cycle events such as giving birth or taking care of elderly parents. More women are now entering university and working, but many are having trouble landing a full-time job. In addition, once women quit their job, it is increasingly difficult to return to the labor market the longer the duration of their career hiatus. The aim of our institute is to develop programs tailored for women interested in a ‘second chance’. Our mission is to help mothers resume working and to provide assistance to women that facilitates their return to the labor force and enables them to enjoy life long careers. In order to enhance public awareness of this issue and realize our goals, we are organizing various symposium and public lectures, collaborating with governments and other educational institutions and reaching out to our alumni network. Through those activities we are hoping to nurture a society that provides more opportunities and chances for women to develop their careers while raising families.